Little Esther Books has published two new booklets (14.5x16cm). Both books designed by Ken Bolton for Feral, Boffin & Distingué of Adelaide. Ken Bolton's Four Poems is a reprint of the classic Four Poems published by Sea Cruise Books in Sydney in 1977. The cover image 'Optikon' is a detail from a painting of an aerial view of East Sydney by Michael Fitzjames. 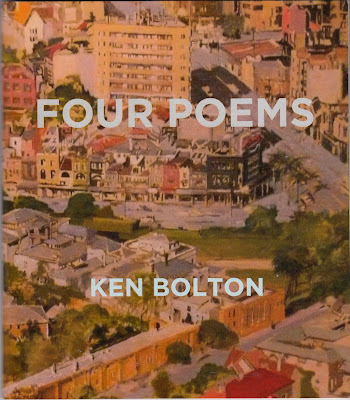 Longtime collaborators John Jenkins and Ken Bolton have written new poems in Lucky for Some. Cover image and inside drawings by Ken Bolton. 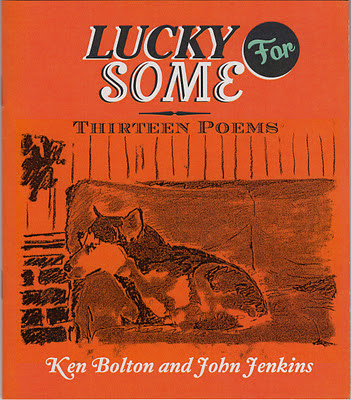 Ken says - We wrote these poems quickly: John Jenkins arrived [in Adelaide] from Melbourne with a change of clothes, toothbrush etc - and fifteen or more ordinary envelopes, in each of which were four or five lists of phrases suitable as titles or as prompts for first lines of poetry... and so they continued and produced thirteen (lucky for some) new poems of twelve lines each. 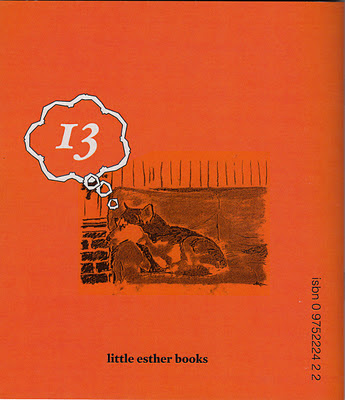 Sydney poet, John Tranter, likes these booklets so much he has them all stitched up...to see the transformation visit his web journal. 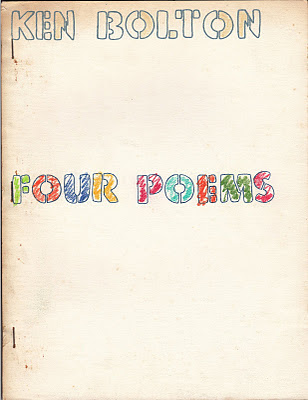 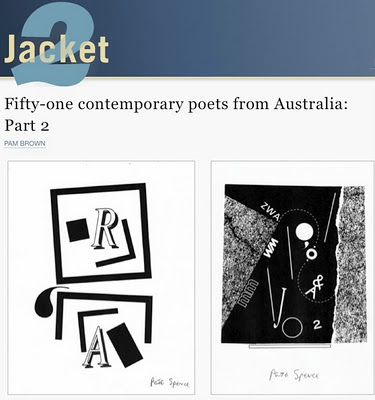 The second instalment of the feature I compiled for Jacket2, 'Fifty-one contemporary poets from Australia', has been published. It is ordered, in the interest of objectivity by a recently invented ‘downunder’ method — the reverse alphabet and includes work from Pete Spence, Jaya Savige, Tracy Ryan, Gig Ryan, David Prater, Peter Minter, Geraldine McKenzie, David McCooey, John Mateer, and Cameron Lowe, along with artwork by Pete Spence. Read it here.

There are three further instalments to come.


thankyou for your patience. the deletions will resume blogging shortly ... 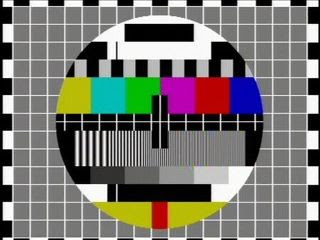 
In Chinatown this morning the racket of acrobatic Dragon Dancers and drums was rowdy and rousing. The stalls covered in red and gold decorations were buzzing - it seems many facsimiles of many things can bring luck - including a pineapple! Red lanterns were everywhere. Long paper Dragons with slightly fearsome faces 'snaked' around the arcades. A calligrapher painted a small new year banner for us to pin on our front door. She said it was for health and wealth in the coming year. So, here it is - may the Year of the Dragon be an auspicious one for my friends.


I was invited by Jessica Lowenthal to revisit the original Jacket magazine over a few months by writing occasional commentaries for Jacket2. I have begun my stint. To read the first one,'Two poets who write about art', follow this link.

Step Into The Past

Last week I drove down to Melbourne with my partner and her daughter. We stayed one night in a town called Holbrook, on the Hume Highway, halfway between Sydney and Melbourne.We stayed at the motel that advertised biggish screen tv.

There is a second world war submarine in Holbrook. That seemed really strange but I didn't find out why it was there. There is no ocean, nor river, nearby. Just a stranded submarine and its museum - closed in the evening.
I souvenired a coaster from the Returned Servicemans League where we had dinner.

Walking back to the motel into a daylight-saving sunset we passed a house flying a revolutionary flag.
Holbrook seemed like a peaceful, historic old wool town, cut through by the highway and a ceaseless traffic of trucks. The locals are anticipating an imminent highway bypass with enthusiasm. 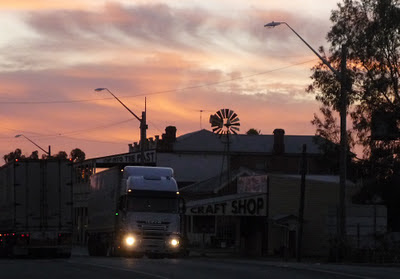