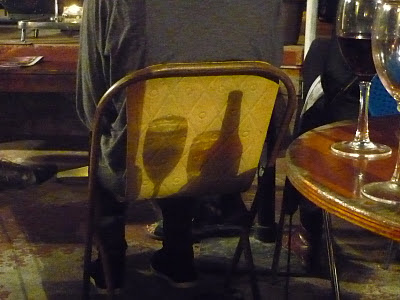 PAM BROWN
Pam Brown has been around the Sydney poetry realm for a long time. She recently edited 'Fifty-one contemporary poets from Australia' for 'Jacket2' where she is an associate editor. She has published many books including, this year, a pocket book of ten poems, 'Anyworld', from Flying Island Books and a booklet, 'More than a feuilleton', from Little Esther Books. A longer collection of poems, 'Home by Dark', will be published by Shearsman Books in the U.K. in 2013. In a parallel life Pam lives in the bustling town of Asbestos in South-Eastern Québec; in real life she lives two suburbs away, as-the-mynah-bird-flies, in Alexandria.
http://thedeletions.blogspot.com.au/

KEN BOLTON
A gay, light-hearted bastard, Ken Bolton cuts a moodily romantic figure within the dun Australian literary landscape, his name inevitably conjuring perhaps that best known image of him, bow-tie askew, lipstick-smeared, grinning cheerfully, at the wheel of his 1958 Jaguar D-type, 'El Cid'. Born in Sydney in 1949 he works at the Australian Experimental Art Foundation in Adelaide and edits Little Esther books. He has published a good deal of art criticism, some of it collected in Art Writing (Contemporary Art Centre of South Australia). He edited 'Homage To John Forbes', the book on Kurt Brereton, 'More Is Plenty', and wrote the monograph 'Michelle Nikou'. He edited the magazines 'Magic Sam' and 'Otis Rush' and has published numerous books of poetry. Wakefield Press published 'The Circus' in 2010 and Vagabond Press 'A Whistled Bit Of Bop'. Earlier titles include 'At The Flash And At The Baci' and 'Untimely Meditations'.
http://www.eaf.asn.au/kenbolton.html

AMANDA STEWART
Amanda Stewart is a poet, writer and vocal artist. Much of her work is informed by ideas from linguistics, philosophy and science. She has created a diverse range of publications, performances, radio and visual works, locally and internationally, over many years. During the 1980’s and 90’s she worked full-time as a radio producer at the ABC and since then has worked freelance as a writer and performer in literature, music, theatre and new media contexts. She is a cofounder of the Australian text-sound ensemble 'Machine For Making Sense' and the Netherlands trio, Allos. Her Book and CD set of selected poems 'I/T' is available from splitrec.
http://www.splitrec.com/

OPEN MIC
To read your work in the open mic reading, just turn up on the night and put your name on the list. 2 minutes each so we can fit everyone in. And, because ‘Avant Gaga’ is a particularly playful night, why not muck around with your poem — swap the lines around, turn it upside-down, change every verb, read it into a computer translator and have it spat back out — experiment with it and see what happens; you might even like your poem better than before.

FOOD & WINE
The wine and tapas bar will be open so you can have a meal and glass of wine while you're there if you fancy it. The Soup season at Sappho’s is over, but it’s Spring, so get your vernalagia on ...

TUESDAY OCTOBER 9TH
Starts at 7.00 pm in the back courtyard/garden at Sappho's.
51 Glebe Point Road, Glebe
Sydney
Phone: 9552 4498
Look forward to seeing you there. 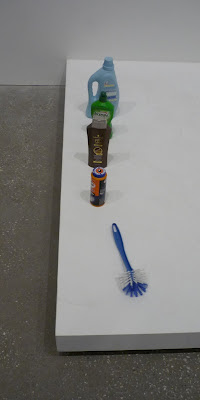 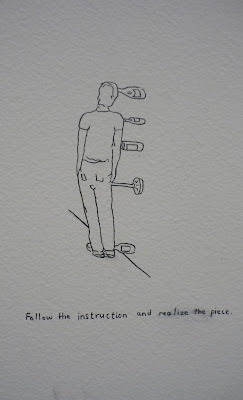 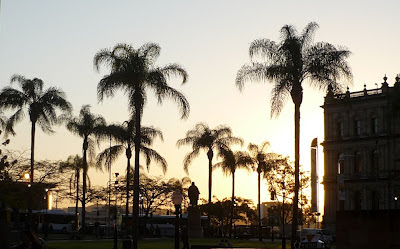 
In Brisbane recently I listened to poets, novelists and publishers from Oceania. From countries that have experienced colonisation by France and a Maori novelist, obviously from Aeotearoa/New Zealand. The main question was largely about writing in French, in local languages, and the experience of translation in a post-colonial era.

Having been involved in several Trans-Tasman poetry symposiums that aimed to make a bridge between poets from Australia and Aeotearoa/NZ (and, this year, with Hawai'i and China as well) I know some of the difficulties of distance and disconnect that exist in the South Pacific region. In Brisbane novelist Witi Ihimaera suggested that instead of looking north (to Europe, USA etc) Australians could concern themselves with looking east. I think he made a good point. And in ensuing discussion the suggestion was made that we also look to the interior towards the indigenous Aboriginal people. It was a welcome reminder. The Pacific Islands Forum exchanges ideas, funding etc at an international government level and met recently in the Cook Islands. The Festival of Pacific Arts was held in July this year in the Solomon Islands. I've visited and attempted to explore some aspects of the cultures of Nouvelle Caledonie, Aeotearoa and two of the Mascarene islands to the west of Australia as well, across the Indian Ocean to La Réunion and Mauritius. Looking west.

The topic in Brisbane generally veered towards French-language writing and the identity of, say, a Kanak writer in relation to that. Someone remarked that Australian, Vanuatuan, Pakeha (etc) writers don't describe themselves as 'British-Australian' writers and neither do writers from the "French" Pacific think of themselves as 'French-Tahitian' or 'French-Kanak' (etc) writers.

The talks were at the new State Library and the Gallery of Modern Art in Brisbane right next door to the Queensland Art Gallery where there was an exhibition of portraits from the Prado Museum in Madrid. The entrance to the Gallery has a hologram of part of the Prado - it kind of cried out for a pose. I took a few photos - you can find them here.

If you're interested in reading work by some of the authors in the photos, one of the publishers is 'Au Vent Des Iles' and the web site is here.

In the September issue of Art Monthly, Susan Cochrane, author of Art and Life in Melanesia has written an extensive illustrated report on this year's Festival of Pacific Arts. She notes, towards the end of the article : "As far as mainstream Australia and its art aficionados are concerned (with a few exceptions), the Festival of Pacific Arts, the world's largest indigenous arts festival celebrating the cultural life of our Pacific neighbours, slips right under their radar. It does not even raise a blip."

Currently, Australians mainly know about the Pacific politically, as a 'Pacific Solution' - somewhere for the Federal Government to place hundreds of refugees in the hope of discouraging their arrival by fishing boat in our country. They are to be kept, awaiting 'processing', on what is continually referred to as the 'remote' island of Nauru, in Micronesia, and on Melanesian Manus Island in the Asian Pacific just north of Papua New Guinea. 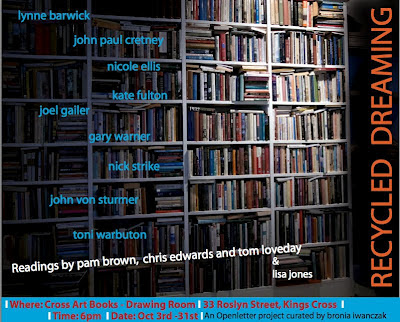