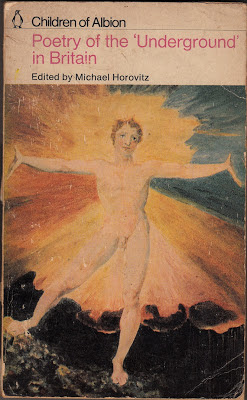 I found my old copy of Children of Albion because I wanted to read some poems by Anselm Hollo, the Finnish poet who lived most of his life in the USA. He died a few days ago on 29th January. I first read his poems in the anthology in 1969 and I liked them a lot. Around that time I bought a copy of Maya, a collection of his poems from 1959 -1969 (published by Cape Goliard Press). Although I've culled my poetry books many times in the last few decades I have kept these two books. And of course, through the years, I've continued to read Anselm Hollo's work. 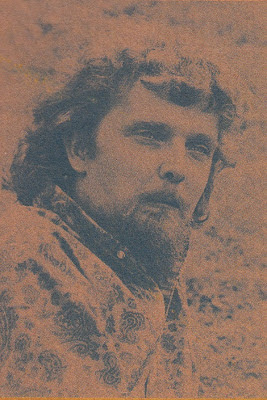 Inside Children of Albion I found a bookmark - an entry ticket to a psychedelic theatre revue in Brisbane called High On A Hot Banana. As the back of the ticket indicates, I went to the performance on August 5th at 8pm. This was in 1967. For a moment, that teenage era came back to me quite vividly.