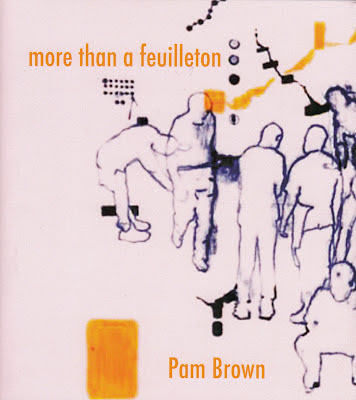 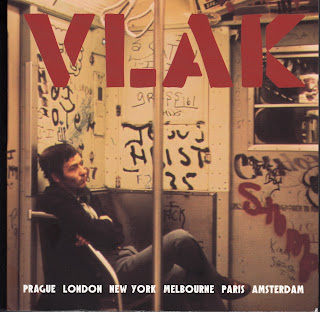 I've been reading the third issue of VLAK magazine. Among the many formidable articles, poems and dynamic graphics, my attention was taken by David Vichnar on Christine Brooke-Rose (the great British experimentalist you've never heard of) who died earlier this year and whose last book Life, End of I read, and loved, a few years ago.

I also want to recommend Marjorie Perloff's Poetry on the Edge: Reconceptualizing Lyric. She begins with a pertinent question "What happens to poetry when Everybody is a Poet?", referring to the plethora of graduate degrees in poetry in the USA that Jed Rasula addressed in his 2011 lecture The Condition of Poetry When Everybody is a Poet. To reduce her cogent analysis to one of several quotable remarks - "In the current climate, with literally thousands of poets jostling for their place in the sun, a tepid tolerance rules". In Australia we can reduce 'thousands' to 'hundreds' but a similar orientation applies.

And the third essay I want to mention is about the literary interview - Interviewing - in which David Hayman, professor of Comparative Literature at the University of Wisconsin, affably recounts his introduction to writers like Alain Robbe-Grillet via Samuel Beckett and his experiences in visiting, interviewing and corresponding with Robbe-Grillet, Maurice Roche and Phillipe Sollers in the mid 1970s. (Interviewing is followed by one of Sollers' blocks of prose H (PART 2))

VLAK magazine raises the temperature on anything 'tepidly tolerant'. (sorry deletions visitors, I couldn't resist a bit of copy-writing).

You can see the complete author list and buy a copy here. 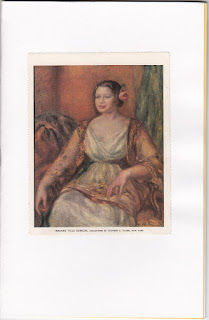 I recently received a box of an array of newly published pamphlets and chapbooks from Ottawa's above/ground press. One of them is a collaboration between the two well-known poets: Perth, Australia-based Andrew Burke and Perth, Canada-based Phil Hall. It's a really nice chapbook with a glued cover image (I think each cover is different), a bright orange fly leaf and a line drawing that resembles a rubber stamp, and could be a rubber stamp, on the title and end pages. There are fifteen short, minimal poems riffing on a tenth century Japanese poet. The suite is at once kind of dainty and perky. It's called Shikibu Shuffle.

Then Andrew had a heart attack and was queued up for life-saving surgery.

With nothing to do but wait, kept alive by sprays and medical potions - to distract himself - Andrew agreed to work with Phil on a collaboration.

Andrew suggested the Japanese court poet Murasaki Shikibu (973-1014); her 5-line form might be a place to start.

Phil was thinking of Ornette Coleman: two quartets facing each other and going at it (1960).

We wrote in 5s back and forth, then shuffled our silence-inducing cacophony into 10s, then improvised from there...

Andrew's operation was bumped once, and then happened. He's fine.

The shuffle served its purpose, and now surprises and delights them both." 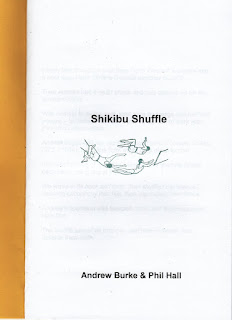 I watch my chest
rise and fall in the mirror

nature in the raw

nothing I see or think
means anything to me

then I plan to tell you about it

and into each dull thunk
like lemon on fish

Talking to the air

I break cobwebs
on the line 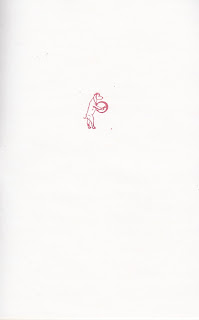