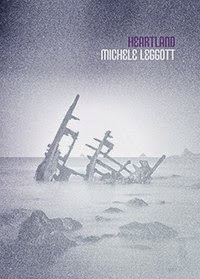 Michele Leggott's essay on blindness and insight (delivered in Canberra in November 2013), "Small Stories from Two Decades," is both specifically moving and ontologically lucid. It tracks what one might call her "influences" - particularly the poetry of Robin Hyde and of Alan Brunton (as well as the filmmaking of Sally Rodwell, Brunton's wife). Both New Zealand poets have been subjects of Leggott's scholarly contributions to literary study as well as key poetic sources for her. One central topic of her essay is: What happens when the sighted poet goes blind? Not so much an essay about the major, unsettling physical, technological and familial adjustments nor a confessional essay displaying feelings on the surface of her reactions, this essay is rather like an in-depth sounding, in vignettes, of the rhythms and perceptions that have collected for her around the works and lives of these other two poets and that arrive in her own "heartland." This final moment of the essay contains a realization - an epiphany, in fact - that even the magnification of the computer screen is now no longer enough for the progressive failures of retinitis pigmentosa. In addition, that screen and that technology are now taxing and debilitating to her. She is, at that moment, truly blind. And Leggott says, with great spiritual poise and equanimity: "[My eyes] have done their work and I am thankful for it. Without them I would not have deep reservoirs of visual memory. Let us go on into the dark and not be afraid." This fearless and touching insight also saturates the book Heartland, but it is not the only feature of this multi-ply work of synthesis and perception - personal, cultural, historical.

Heartland, the title, perhaps a superficially sentimental word (the land of the heart, the center of a nation state), should fool no one - the book is a tensile work that works with three interlocking themes: travel and place, family history including - appropriately for the anniversary year 2014 - WWI, and blindness. In each thematic zone, the compound word heart-land metamorphoses, torques, pulses. As Leggott braids these strands together with skill, research, poetic subtlety and a spiritual inhabitation, the reader might find that this 16-line extended sonnet "degli angeli" (p. 28) offers one "topic sentence":

This poem shows Leggott's characteristic "streaming" sound, a distinctive way of suturing materials without punctuation (which is possibly an aural and visual encumbrance). The lines create a filmic experience within the mind-that-makes-language. This poetic tactic constructs an airy, yet dense texture in the poems, over-passing phrasal and sentence-based line breaks, and it proposes constant rushes of apprehension - meaning both alertness and shadows of worry. Very intense and yet also quite sustained across poems, this line is like the running of time in space: "dazzling in its troubadour take / on real life" (p. 9). Leggott tells us, as a kind of poetics but also ontological insight, that she has "changed hands" - first "alpha" held her, but now "omega" does (pp. 24 and 25) - first she worked from actual vision, and now from sound and the visionary gifts of memory and reconstruction.

Key words in "degli angeli" (and, in the heightened angelic context, possibly surprising ones) are "disaster" and "engines," but also the sheer question of movement (moving together? moving apart? "complete"? "not defined"?) and the question of a specific wind-swept headland geography. This material joins with traveling, and a with singular dark illumination given these angelic debates about outcomes, because those inevitably frame precariousness. These questions and ambiguities are all tokens redeemed in the book itself. The place names as well as the peoples' names work so that people become places and places become people - it is odd, but one actual effect of a settler society (both Maori and Europeans are settlers to New Zealand). In these opening poems, the light-filled, evocative spaces and the litany (of Maori and English names, of place names and person-names), emerge in a sonic tracking shot across the New Zealand landscape, and in this sound of the place, a remarkable book takes shape: one moving, subtle and skilled, authentic by being demonstrably researched - but also uncannily inhabited by spirit.

Motion is one motif, and it is quite "moving" as a motif, because of the insistent record of hopes and losses that it tracks. There is the motion of traveling - back and forth across oceans, up and down the difficult coastline, for the settlers are often found in motion - NZ to Australia, then to Europe and the First World War; NZ to Canada; NZ to England. And maybe back - some people chose to go back to their home on the islands, but some don't, and some have no choice - as the war section relates. Immigration/ emigration are constant. Distance itself is a constant loss, often leading to elegy, as in the poem where the father sees the poet off to Canada - the very last time she saw him ("harbour lights," p. 63). Then there is motion up and down the coast, including the family story in the book's final section that narrates a complex, difficult family history with, at the very end, Leggott's great-grandmother retrieving the body of her abusive husband and bringing it home for burial. This narration (using as much as one knows or can find of stories with many lacunae) assembles fragments of her own family "heartland"--one that (as all of ours) might have as many broken hearts as whole ones (as in the angelic "complete"? "not defined"?). The ways she treats emotional losses and incapacities (as in some of the family poems) are tactful and full of insight. ("the doll the chest the swords the delicate carving / he understood the wife and children he did not" [p. 62]). The motif of family stories - hope and loss - intersects with traveling (back and forth) - so that those stories are infused with the motif of simply traveling through life, as openly as possible, with all the risk and losses that "voyage" may entail.

These historical stories intersect with Leggott's own voyaging. She includes a very neat section called Many Hands about going to Australia to visit friends - "Pam" and "Jane" among them, but also finding "Karen" - the prosthetic voice on the GPS [global positioning system], a voice also found on Leggott's computer to read to her, and Lola Ridge (a peripatetic poet). Ridge herself might exemplify that theme of emigration and motion: born in Dublin, immigrated to New Zealand as a child; then to Australia, and then to San Francisco, dying in New York City in 1941. Written with great fondness and charm, this "Tasman" sequence marks the differences and bonds among those two island countries (Australia and New Zealand).

Second, as a motif in the book, there is a sense of disaster just on the edge (and sometimes even not so far away), with the uncommon bravery demanded by the ordinary lives and fates (and sometimes deaths) of ordinary people. This includes an astonishing recreation of the losses of WWI - the human disaster, in the sequence about the brothers. This work is a striking transformation of research and family materials into humane insight. In this regard, death is sometimes intermixed with disaster, as in the three poems about dogs, who do have a place in our human heart-land. This - at first seemingly simply occasional elegiacs - culminates in the jaw-dropping poem about the arrival of Olive, Leggott's actual guide dog, intersecting precisely, to the very day (a day whose events actually impeded the long-awaited arrival) - with the Pike River Coal Mine disaster in New Zealand in November 2010. This was a quadruple explosion in which miners - "the twenty-nine" - were buried alive or killed by methane, and it culminated (after the usual recriminations, investigations, and discoveries of unenforced regulations and inspections) in the resignation of the Minister for Labor (2012) and virtually no compensation for the families of the dead. In her poem, Leggott tactfully fuses one dark with another in a pitch-perfect fashion, tracking how, amid the horrible news, one yearns to keep hope alive but eventually all were faced with defining losses. The men could not be rescued. The dog eventually arrived, marking a new stage in the management of blindness.

Third, in Heartland as a whole, there is the motif of the dark, coping with the dark, being in the dark, giving up the light slowly and writing a recurrent elegy for that fact. The matching sequence poems that deal with this material "experiments (our life together)" and "talking to the sky" (pp. 74-77) are major work. They are stunning and restrained poems about blindness. Both are in 5 line sections--a subtitle and response. Here is one example:

here I give up my hand in front of my face

But in all cases, the theme of - the charge of blindness - is accepted and managed with tact, fortitude, and sprezzatura. It is only one part of the general sense of precariousness that is at the heart of Heartland, and always at all moments addressed with tact and fortitude. This is a humane book because of its clarity about human fortitude. Heartland is a book of poetic elegance and tremendous generosity of spirit.

For further information, a pdf sample and to buy a copy of Heartland, visit Auckland University Press here

Rachel Blau DuPlessis' latest book is called Interstices, published in the US by Subpress in early 2014. You can find further information about it here and more about her life & work on her website here. 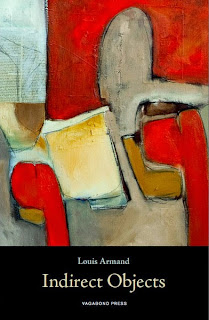