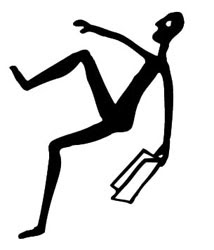 The New Zealand Electronic Poetry Centre (nzepc) is pleased to announce the seventh issue of Ka Mate Ka Ora: A New Zealand Journal of Poetry and Poetics, with a special colloquium feature

kmko is edited by Murray Edmond with assistance from Michele Leggott and Hilary Chung at the University of Auckland, and with the support of a team of consulting and contributing editors. It publishes research essays and readings of New Zealand-related material and welcomes contributions from poets, academics, essayists, teachers and students from within New Zealand and overseas. 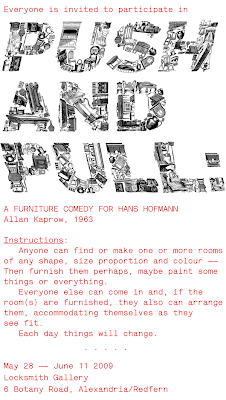 "As part of There Goes The Neighbourhood, an exhibition/residency project curated by Ked de Souza and Zanny Begg, we are re-enacting Allan Kaprow's artwork, Push & Pull: A Furniture Comedy For Hans Hoffmann (1963) at the Locksmith Gallery in Alexandria, from Thurs 28 May - 11 June.

Since '63, Push & Pull has been re-enacted variously. The basic premise is that a room-space is filled with furniture and then, for a period of time, is inhabited and altered by participants. See the project blog (with info from Kaprow's original instructions, details on the development of this iteration and time/dates etc./).

We invite you to come to Locksmith over the next few weeks for some pushing and pulling. The room will be filled with objects, people, sounds, smells and ideas. Things will be moved, tangled, painted, tinkered, consumed, destroyed and regenerated. The artwork will occur in the activities and dynamics of playful collaboration. Flotsam will be gleaned from the Redfern area (or from your house!) and composted in the gallery. A gift ecology will emerge.

My idea is to use the space as a temporary workshop. Bring a half-made project, hammer and nails, laptop, soldering iron, collaborative partner, sketchpad, spreadsheet or wood lathe. Setting a up a working bee or planning session. Push and pull the furniture into a productive nook. I'll be bringing a teaset and kettle and some chests of earl grey. Please come have a cuppa and a play.

The room will start to be filled this Thursday (28th) at 6pm. Come along with a longneck and some domestic rejectamenta! After this first night, the space will be open and playable Fri - Sat, 1pm - 6pm and then Thurs - Sat 1pm - 6 pm for the next two weeks." 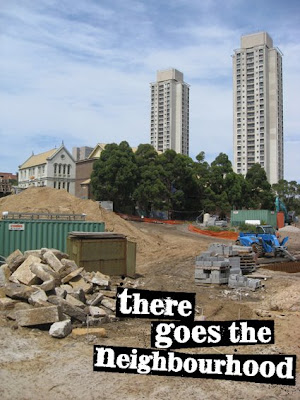 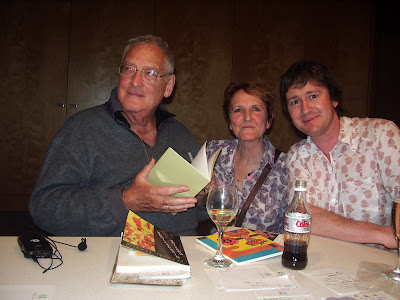 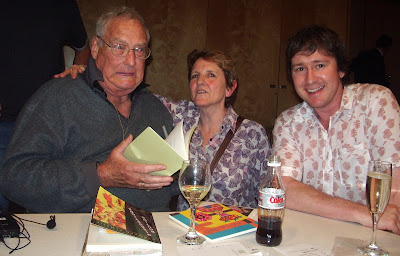 
Californian architect Frank Gehry and his Czech co-architect Vladimir Milunic designed and built the Dancing House (Tančící dům) between 1992 and 1996.
Soon after its conception it was dubbed 'Ginger and Fred', as it dances around the corner like the famous Hollywood movie stars Ginger Rogers and Fred Astaire.

It begins a row of buildings facing the Vltava River, on the Rasinovo Corner, opposite the bridge in Nove Mesto. To see images of the building works click here. My photos, taken in April, follow - 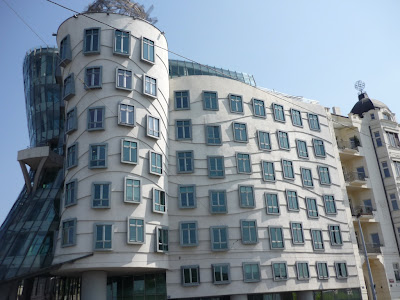 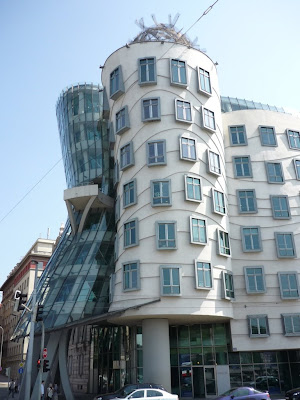 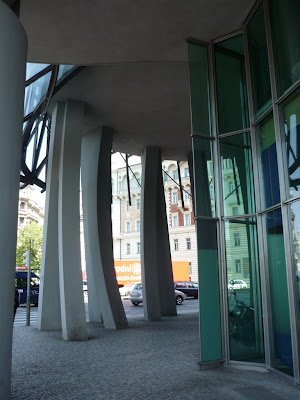 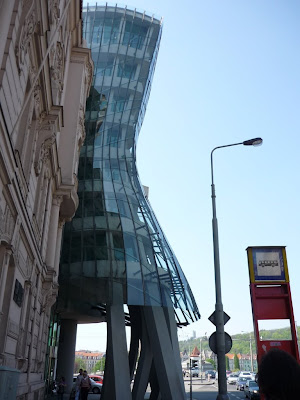 Steve Evans' annual map of what some poets are reading is gradually appearing on Third Factory. My own 'Attention Span' entries for 2008 are up on the web HERE

Australian artist and critic, Helen Grace, who is currently living and working in Hong Kong, has an exhibition opening there on Friday 15th May : 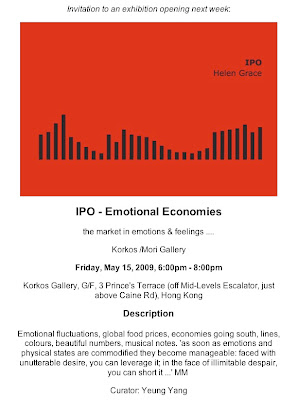 I've put some photos that I took at the Micro Festival Poetry Series
in Prague & Brno in mid-April, on the web HERE 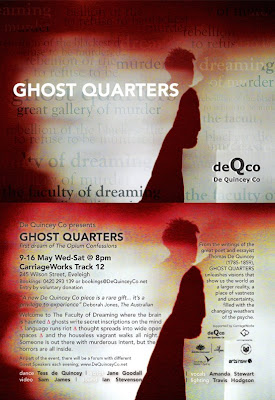 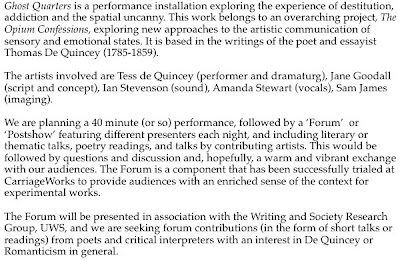 I'll be participating in the post-show forum
8pm Saturday 9th May
Carriageworks
245 Wilson St
Eveleigh
Sydney
02 8571 9099
Click here for a map
and here for further information. 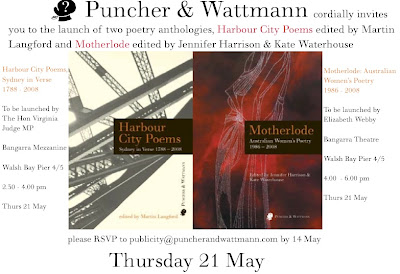 Thursday May 21st at 2.30pm - Bangarra Mezzanine, The Wharf

Book launch : Harbour City Poems published by Puncher & Wattmann, edited by Martin Langford, is an anthology of poems either about Sydney, or which have had their sources in the life of the city. It is an historical anthology, incorporating poems from the earliest convict days through to the present. This reading explores the way we have thought about Sydney, from the anxieties and puzzlement of Botany Bay through to the tensions and delights of the contemporary city. The historical poems - some famous, some not so well-known - will be read by actors, followed by a reading of contemporary poems by their authors John Tranter, Adam Aitken, Paul Dawson, Kate Lilley and Pam Brown

Thursday May 21st at 4pm - Bangarra Theatre, The Wharf

Book launch : Motherlode published by Puncher & Wattmann, edited by Jennifer Harrison and Kate Waterhouse, is the first major collection of Australian women’s poetry in over a decade. It reads as a modern narrative rather than 160 individual poems, from poets including Judith Wright, Dorothy Hewett, Oodgeroo Noonuccal, Judith Beveridge, Bronwyn Lea and others. Twelve Sydney poets will read about contemporary identity - in relation to mothers, grandmothers, children and the world. 'Motherlode' traverses nature, iconography, pregnancy, birth, childlessness, loss, daily grind, politics and ageing, with edge and intelligence. Launched by retired academic Elizabeth Webby.

Sunday May 24th at 2.30pm - Bangarra Mezzanine, The Wharf 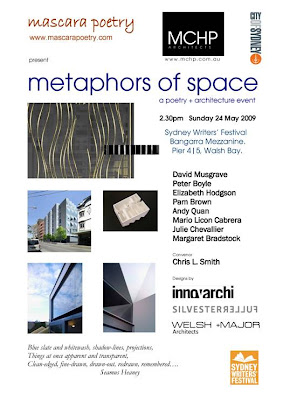 Metaphors of Space : An architectural display and poetry reading that blends the narratives of sustainable, urban and indigenous interpretations of home and public space. Convened by Chris L. Smith from the University of Sydney, who will speak about ‘Autopoiesis: Poetries and Architectures’, it features the work of several young emerging architects. There are cameo readings by David Musgrave, Elizabeth Hodgson, Peter Boyle, Pam Brown and Andy Quan.

This spatial reading event is presented by Mascara Poetry, City of Sydney and MCHP Architects