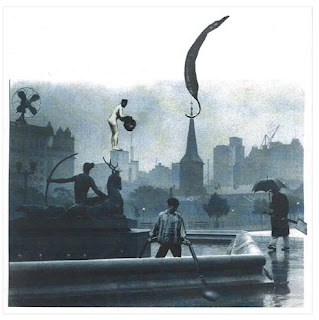 LAURIE DUGGAN
Laurence "Larry" Duggan (1905-December 20, 1948), was head of the South American desk at the United States Department of State during World War II. In 1948, Duggan fell to his death from the window of his office in New York, ten days after being questioned by the Federal Bureau of Investigation about whether he had had contacts with Soviet intelligence.

PAM BROWN
is a dedicated professional amateur. Her most recent of many books of poems is 'Missing up' published by Vagabond Press last December. She lives, as the fruitbats fly, a few haphazard kilometres south of Sappho, in Alexandria.

LIAM FERNEY
Liam Ferney’s most recent collection is 'Content' (Hunter Publishing). His previous collection, 'Boom' (Grand Parade Poets), was shortlisted for the NSW Premier’s Poetry Prize and the Queensland Poetry Prize. He is a media manager, poet and aspiring left back living in Brisbane, Australia.

ALLISON GALLAGHER
is a writer & poet from Sydney, whose work explores gender and sexuality. Her debut poetry collection will be released independently in October 2016.