THE END
Send a Poem to Cordite Poetry Review 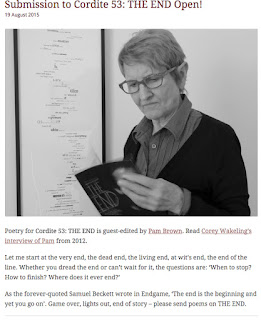 Way back in time, in 1978, I held a book launch and reading in my house at Rozelle for Cafe Sport, published by local independent press, Sea Cruise. 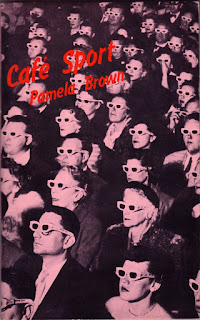 In the 1980s many poets, when visiting Adelaide, would be invited to give readings in the long front yard of Mary Christie & Michael Zerman's big communal house in Hackney. Ken Bolton, who'd moved down to South Australia from Sydney, was the instigator.

In January 1996 when Ken Bolton & John Forbes were both back on visits to Sydney, I organised a little lounge room reading in my house in Ultimo. 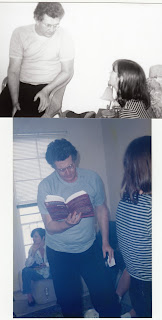 Lounge room readings are intimate, social, casual and gently intensified, kind of tangible. Recently, a group of Sydney poets met on Sunday afternoons in Nick Keys' share house and then at Sam Moginie's and Eddie Hopely & Astrid Lorange's places, to read poetry, mostly not their own work but often a selection of poets they were interested in and wanted to bring to the attention of their friends. Sometimes people might also read something they were working on. These were informal convivial readings - in fact they were fun. Elena Gomez was one of the attendees. In early 2014 she started up her own lounge room series - cell - held monthly in her flat in Kings Cross. At these gatherings, Elena invited a small, diverse group of poets to read their work. 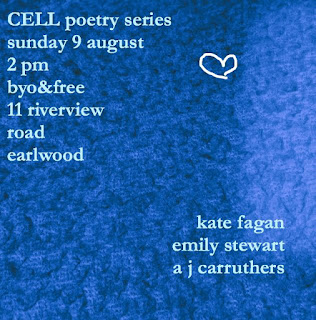 On Sunday afternoon the cell crowd met at Elena & Rory Dufficy's house on the tranquil little Cooks River for a reading by newly-arrived citizen of Sydney, Emily Stewart, and Andy Carruthers and Kate Fagan. Each poet read mostly new work. Emily read from her recent bulky news chapbook LIKE, as well as some recent poems. Andy read a kind of summary of method to introduce his poetic approach & then enlisted Amelia Dale & myself to read a polyvocal piece 'Axis 38' - part of a continuation of his ongoing long poem, the beginning of which can be found in his book AXIS : Areal I. He went on to read a new experimental bent-narrative - a charged-up poetic prose piece. It was a bit autobiographical & touched on a developing critique of the christian faith. Kate made a test run of several new poems in a sample of new work and other material including a long poem and one of her favourite forms - the cento. There is a series of cento in her book First Light.

I think I took too many photos (new camera syndrome) - but here are a few, for the record. 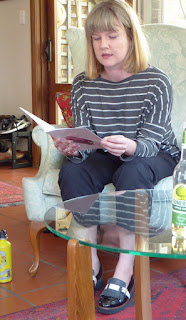 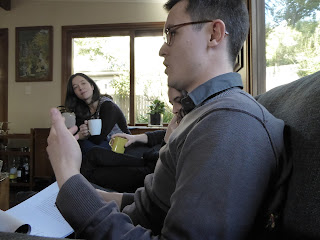 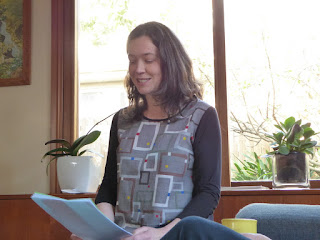 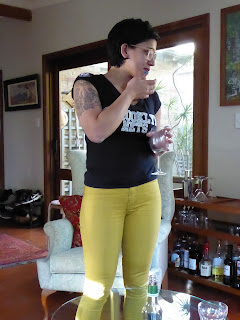 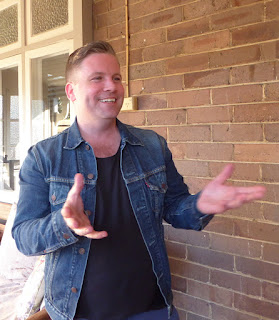