Tick tick tick
Coming up in May...

The Australian editor of Poetry International Web, poet and founding editor of Vagabond Press, Michael Brennan has just updated the Australian component of the site, including expanded entries with poems and critical work on Gig Ryan, JS Harry, Jane Gibian and my own poetry 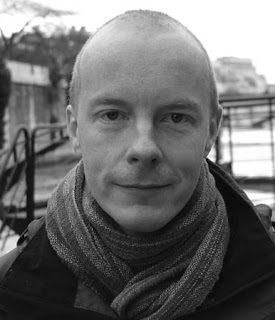 
Blackheath Philosophy Forum
on again this coming Saturday. May 5th.

Literature as Experimental Philosophy:
George Eliot on Truth and Realism
A talk by Moira Gatens
Professor of Philosophy, University of Sydney

In our era an idea is abroad that fiction has little to do with truth, and that novelists are a species of liar. George Eliot, one of our greatest 19th Century English novelists, considered her work in fiction to be both realist and truth-seeking. In one letter she referred to her writings as a set of experiments in life. Through an examination of some of her novels, this talk will endeavour to explain what Eliot meant by ‘realism’ and what is involved in her commitment to truth. Moira Gatens will argue that Eliot’s worldview still has much to contribute to moral philosophy today.

pub talk after the talk

: : CRITIC, DEALER, ARTIST, CURATOR, COLLECTOR : :
How they co-operate or don't, how they put pressure on each other, or take turns to own the art. A forum on the different social actors and professionals in the contemporary art world, and their interdependence. The power of a work of art, the influence of critical evaluation, the role of the art market, the rhetoric of sales. 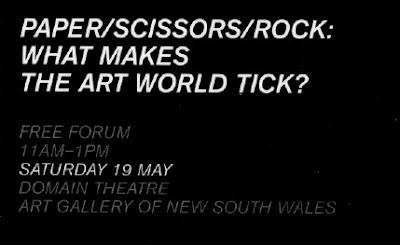 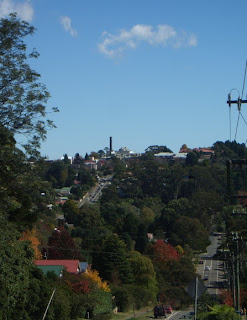 Sydney poet Adam Aitken has written a poem set in Katoomba, a tourist town in the Blue Mountains west of Sydney. He says - It is an allegory about the "history wars" debate, in which one side is the voice of white settler descendants who deny their complicity in the colonisation of the country and their part in the decline of Indigenous power. This suggests to me an image of the Garden gnome (the white settler) standing next to a stereotype "Native". Together they claim a false mateship and solidarity which the migrant/cosmopolitan stranger will never have. (The strange tourist only wants a view, some fresh air and peace and quiet, not politics.) A poem about (not)belonging (once again!)


than a 1950s
catalogue of multiplying accents
at Echo Point's landscape exclusive -
having settled here
for the "cure "
for walks, bush, art and open fire,
in short
for a sense of belonging.


as if they owned the place

Just a note for the five regular visitors and the two or so strays :
'The deletions' is best viewed using Safari and Mozilla Firefox browsers.
And if you'd like to see larger versions of the photos just click on them.


For the Time Being: The Bootstrap Book of Poetic Journals
edited by Tyler Doherty and Tom Morgan
has just been published by Bootstrap Productions 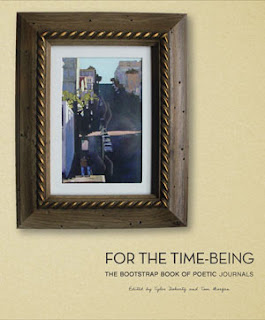 It's a collection of the kind of poetry that records, or, at least, begins from the quotidian of place, often written in the first person and usually taking off into poetic enquiry in a consciously temporal mode. Poetry that the editors describe as 'Journal Poetry' :

It includes work from:

For more information and to buy a copy at US $18
contact Derek Fenner and Ryan Gallagher at bootstrapproductions@gmail.com
Bootstrap Productions