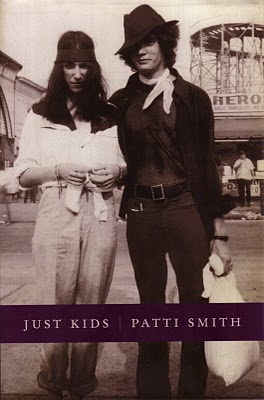 Patti Smith. What can I say? ‘Pissing in A River’ was my theme song in the mid 70s. I scrawled the song title in big black texta letters on the interior roof panel of my VW station wagon. The album ‘Horses’ had the same inspirational effect on me when I first heard it as Bob Dylan’s ‘The Times They Are A-Changin’ had when I was at high school in 1964. That is, I was, in the vernacular of the times, blown away. I still own my copy of Patti’s first single - ‘Piss Factory’/’Hey Joe’ - a rare item now, that she and Lenny Kaye made with Tom Verlaine and then, as Mer records, had it pressed in a limited edition of 1500 in Philadelphia in 1974. 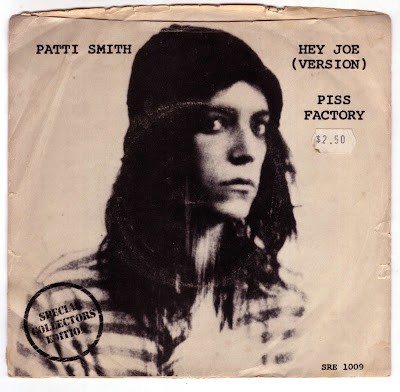 I had read her poetry books, ‘Witt’, ‘Seventh Heaven’, ‘Ha Ha Houdini’ before I heard the music. I loved her books for their New York feel, for their look and style more than the actual poems. Patti Smith always tended towards the just-post-beat mystical and I was becoming interested then in a more hard-edged scepticism, and anyway, in Australia the mystical was for hippies in Nimbin communes. I had been fascinated, as many kids in their late teens/early twenties were, by the experimentation and seeming rebellion and freedom of the underground punk & poetry scene that followed on from the Beats in New York in the late 60s/early 70s. 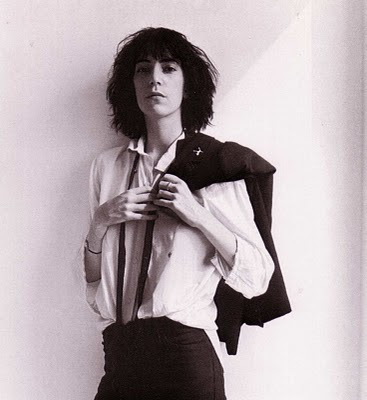 Just Kids is a memoir of Patti Smith’s early days with her lover and close friend Robert Mapplethorpe as they survive on part-time jobs in bookshops and hustle for dinner and rent and a room at the Chelsea as they gradually figure out how to become artists in New York City. Although she slips into occasional purple patches her generosity and openness here make this an honest and totally engaging memoir. It’s her gift to her soul mate, Robert Mapplethorpe, the visual artist and photographer who died of AIDS at the age of 42 in 1989.

I know I am totally unobjective about Patti Smith. When I saw her perform at the Enmore Theatre in 1997 during her first visit to Sydney, her raw power was extraordinary - her work had definitely deepened and strengthened as she had aged. On that tour, she read poems to a small audience one Sunday morning at the Museum of Contemporary Art. No celebrity artifice, just the poet and the work - it was brilliant.

Good piece. I'm always happy to read something about Patti Smith, even if I know everything it says. I was in love with her all through college--and for years after that. I cherish the memory of seeing her perform with Philip Glass and Michael Stipe at Hill Auditorium in Ann Arbor. She stole the show. She was electrifying. I was out of my mind with excitement. And at one point she looked down and looked me right in the eye! Something passed between us. I'll never forget that moment.

The memoir does have the familiar references known to Patti Smith's followers - Rimbaud, Genet, Dylan, Warhol, Allen Lanier, Sam Shephard etc but I hadn't known about her friendship with Harry Smith before. The memoir certainly fills in unique segments of the extraordinary artistic scene in NYNY in the 60s through to the late 80s.

Saw her in london in the 70's. A doco recenrtly said the band went to a sex pistols concert then & Syd was mocking the PS "hippies" - "wot fuckin horses!", the PS group felt they already archaic.

But I didn't, it was 1 of probably 5 Great concerts that i have attended. Honest, bone gratingly alive.

David - your "eye contact moment" - I was right at the front & a guy a few seats down was trying to grab an "in jeans crotch shot" momnet with his camera. Patti saw & lodged an almost accurate kick at him. Superb. He didn't try another shot!

I found a photo circa Horses --posted it on my blog somewhere--depicting Patti at a restaurant table in Germany or the Netherlands. She's glaring into the camera with blood-freezing malevolence. It reminds me of something a Mapplethorpe biographer wrote about the young Patti: she could be "surrealistically rude." Like a photo of Benjamin Peret in the act of insulting a priest.

Just imagined that I was the paparazzo near you, and that Patti's kick connected. For the rest of my life, when people ask me why I look like Frank O'Hara, I say the queen of punk booted my beezer.