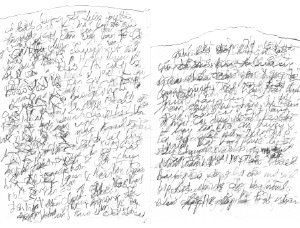 So far, it's not clear to me how to get
this blogger technology to function smoothly.
But do blogees need to know this ?
Probably not.
No point in becoming prickly. 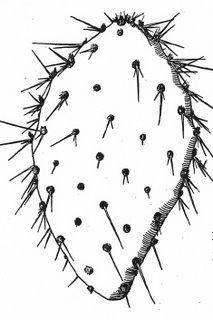 Pam, love this one... thanks to Mark Young for the tip

Nice to meet you Harry,
Pam

Dat u drawing them things, Pam? I love the scribbly top one specially - ah, so anti-academic writing! Well, that's my crippled position today.

Hi Andrew,
nice hearing from you
nighty mice in fact
I'm not intentionally nor especially anti-academic
but that's ok too
cheerio from Pam

Dear Pam,
lovely blog, what a lot of work and art work, and an impressive range of cultural events. My weekend blog would go something like: spent Saturday in bed with a cold. Walked the dog. Had coffee with John and Sandra. Made very bad choices on the footy tips. Failed to go to the cabaret at the Artery due to unwillingness to go out in public with a box of tissues, also, being socially conscious of infection. Helen tells me sneezes can travel 50 metres, or was it 25? anyway, an impressive distance.

I don't know if I use the words coffee shop, but will now. More like let's go out for coffee, and/or there's a good coffee place just here.

The Caffe Sport in Norton St. It was the only place for decent coffee I remember when I first moved to Sydney. Then the Cafe Roma, of course, which became a sort of communal meeting place for a while, situated as it was between NSWIT, Fairfax and the Lesbian ghetto.

Best novels I have read lately:

A Woman in Berlin, Anonymous, a diary in fact recently reprinted, about living in Berlin during WW2

Suite Francaise, Irene Nemirovsky, two thirds of a novel written about and during occupied France also during WW2. Irene was taken to Auschwitz before the book was finished. I know you don't read novels but Jane might find it interesting. I found it fascinating, so much of 'our' war history comes from the Anglo and Australian perspective. I understood for the first time why France fell: they simply could not bear reliving the first world war and all that happened there. Why had I not thought of this before?

I read on the weekend that a blog (made into a book) has been short-listed for a literary prize in the UK, the blogger an Iraqi woman, also anonymous or pseudonymous, the blog about living in Baghdad at the moment.

There's a theme here, obviously. And a contrast to our every day life where all we have to complain about are the trials of elderly relatives, the helicopters overhead and the whine of the grand prix several miles away.

Observation: the Commonwealth games, a great success in Melbourne, lots of self congratulation, because/and for the duration we smilingly lived in a police state.

The Melbourne weather has turned, we are into the cold season now.

How things are different here: the Melbourne Museum has an installation, a large dog, standing, covered in bright bits of tufted plastic, not Puppy, much smaller, and the plastic, but cheerful as I walk the dog past it every morning.