In 1962, at the age of 19, Sue Ford was one of only two women enrolled in the photography course at the Royal Melbourne Institute of Technology (RMIT). She continued making photographic work throughout her life. Sue and I became good friends in the late seventies. Sadly, Sue died in 2009 (noted here - obituaries can be found here and here.) Now the National Gallery of Victoria is exhibiting a retrospective of her work at the Ian Potter Centre in Melbourne. It runs until August 24th. You can find information here and here. Read two reviews here and here.

the deletions presents a sample of photos from her life and work
(as usual, click on the images to enlarge them): 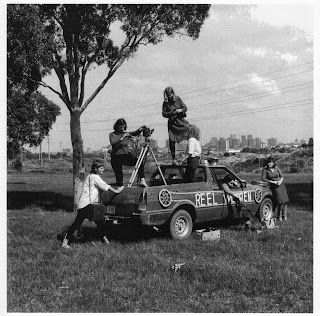 Reel Women, a feminist filmmaking group, Victoria, 1981 (Sue is at the rear of the ute) 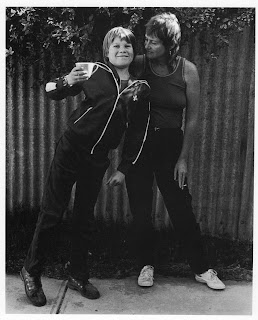 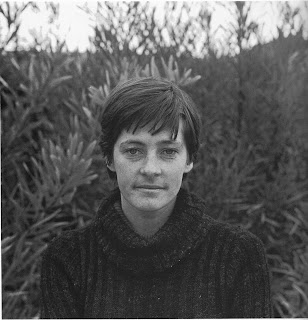 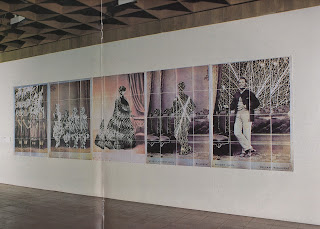 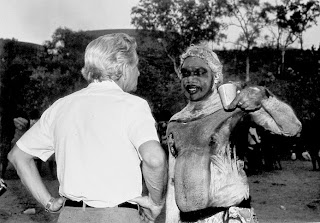 Discussions Between Bob Hawke and Galarrwuy Yunupingu
(Galwarrway is painted with his father’s body design from the Gumatj clan)
by Sue Ford 1988
(courtesy the Estate of Sue Ford and Arc One Gallery, Melbourne) 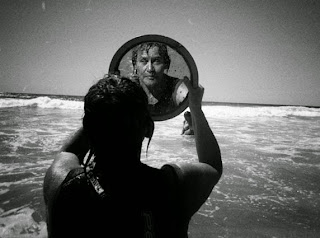 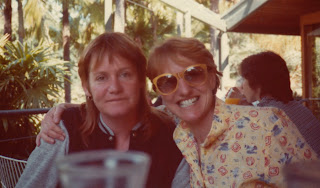 And The Road, another photographic exhibition including work by Micky Allan and Virginia Coventry, and other friends and colleagues of Sue Ford is showing in Melbourne at Monash Gallery of Art this winter :

Thanks for putting this up Pam - I didn't know about either of these exhibitions and they look great. Do you happen to know where the first photo was taken - just curious, it looks like it could be Royal Park, Tim

Sorry Tim, I don't know where it is - Melbourne city is in the background.